Organic agriculture uses a set of techniques to achieve its goals of producing high quality food, free of contaminants, while preserving the natural environment. These techniques are aimed at controlling the factors on which crop growth and agricultural productivity depend, such as: water harvesting and conservation, plant nutrition, pest and disease control, and the management of weeds that may at times limit crop growth. Another important factor is the use of crop varieties adapted to local conditions.
Spatial and temporal diversification, as well as soil protection and the addition of organic matter, are the basic strategies of ecological techniques. 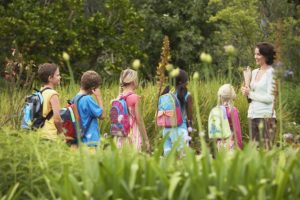 Conventional or industrialized agriculture considers that all living organisms surrounding the main crop are in competition with it, and that the main crop is therefore the only one that should exist in the production unit. As we have seen in the topic on the ecological basis of organic agriculture, stability is the basis for the sustainability of the system, and since this requires complexity – the basis of ecological interactions and their approximation to natural functioning – different methods must be used through DIVERSIFICATION. This diversification is achieved in the following ways:

Plant protection products allowed in organic agriculture: conventional pesticides tend to damage the natural enemies of pests and are not able to kill phytophagous pests, which develop a certain resistance to them.
Biodiversity has various beneficial effects on the agro-ecosystem such as allelopathic interactions that can promote or inhibit the proliferation of other neighboring plants, health benefits, positive changes in environmental factors, increased productivity, etc.

Benefits of biodiversity in the agroecosystem

Associations consist of bringing together several crops in the same space (on the same plot) and at the same time, while respecting certain application criteria. The association is therefore a polyculture, which, like the rotations, as we will see in the next point, establishes allelopathic relationships in the system.
Crop associations have the following advantages (Domínguez Gento, A., Roselló Oltra, J., Aguado Sáez, J., 2002):

– Higher yields per unit area cultivated. This is measured by the Soil Equivalent Ratio, (RES), which calculates the area of monoculture of each of the associated species that is necessary to obtain the same production from one hectare of the associated species. A good association gives values higher than the unit, a bad one lower values, so it is better to separate these crops.
– Economic security: in subsistence agriculture, it ensures self-sufficiency, reduces the risk of losses due to price fluctuations or damage to one farm, as the other farm compensates for its production.
– More efficient use of resources, higher density of plants intercepts more light, helped by different architecture than monoculture; better use of water, more shade, less direct evaporation and more transpiration through plants; water penetrates better into the soil, erosion is reduced; better use of nutrients when needs are complementary and root systems explore different soil horizons; if there is a legume in the association, it fixes nitrogen and benefits the rest.
– Health benefits and increased pest protection: In addition to the positive effect of increased biological diversity, which generally reduces insect pests, there is also better control of weeds. In addition, the combination of species that are susceptible and resistant to a particular airborne disease in a polyculture reduces the ability of disease organisms to spread. This is due to the increased distance between one host plant and another, because the resistant crops act as a barrier to the movement of organisms, etc.

The disadvantages are as follows:
– This requires good planning.
– They are often labor intensive.
– Limits or prevents mechanization of tasks.