The shift from crop rotation to monoculture is one of the main causes of soil erosion. A corn-wheat-grass rotation has an erosion rate of 6.7 Tn/ha/year compared to 50 Tn/ha/year for a continuous corn crop. Because of these erosion rates, the loss of soil fertility is evident, increasing the dependence on inputs to cover this decline in fertility. Normally, these inputs are not composted organic matter but chemical fertilizers that can also destructure the soil, in addition to other collateral effects.
Crop rotation is the repeated establishment of an orderly succession of crop species on the same plot. It is the opposite of monoculture, or growing the same crop on the same plot over time.
If rotation is the orderly succession of crops that are repeated over a number of years, the alternative is the simultaneous cultivation of the species involved in the rotation. In this case, the farm is divided into different plots, each of which is devoted to a different crop each year, until the rotation is complete. These plots are called “alternative leaves” or “amelgas”.

What are crop rotations 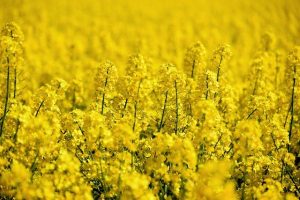 Crop rotation or alternative crops are the first step in restoring biodiversity in an agro-ecosystem that is beginning to shift from industrialized or conventional agriculture, with heavy use of inputs from outside the farm itself, to organic agriculture. It is about establishing biodiversity in time (rotation) and space (alternative).
The development of the practice of rotation is due to the fact that crops grown in this way had a higher yield than if the same species was grown continuously for a certain period of time on the same plot (monoculture). The increase in yield compensated for the reduction in frequency of occurrence or area of a crop and the result is an increase in crop efficiency. This is called the ROTATION EFFECT. This effect is based on a number of agronomic reasons, among them the control of pests and diseases through rotation.
Monoculture favors the multiplication of specific pests and diseases, because each crop favors the presence of certain organisms (fungi, bacteria, etc.) in the soil. When a crop is repeated in large numbers (monoculture), the populations of these organisms increase, and some of them become harmful to the crop. Therefore, crop rotation is effective in controlling the proliferation of pests and diseases that meet the following requirements : 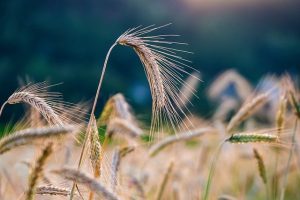 The most important principle of rotations is that successive crops in the rotation should have different characteristics and therefore different requirements. For example, a main crop normally consumes a lot of nitrogen and humus, so in the rotation it will be replaced by a crop that accumulates more humus, more nitrogen, improves the structural conditions of the soil, etc. This crop can be designed taking into account the needs of the farmer and his family.
This can be designed taking into account the family to which it belongs – as crops of the same family cannot be repeated -, the depth of the roots or the usable part of the plant. Sometimes there is even an incompatibility between the different families. For example, Solanaceae and Cucurbits should not be grown one after the other. Sometimes it is necessary to eliminate for a few years certain crops that present serious health problems, especially during the conversion period.
But soil conditions must also be considered, and it is therefore necessary to know the physical, chemical and biological characteristics of our soils (history, chemical analysis, etc.). This will help determine the quality of the soil and whether it is necessary to prepare it beforehand by any treatment. It can also guide or determine the types of crops to be put in the rotation and the alternatives.

When organizing the rotation and for its success, it should be taken into account that the soil should always be covered, normally by means of cultivated or natural plant cover (spontaneous flora), since they prevent the loss of nutrients, stimulate the biological processes of the soil, provide organic matter, protect the soil from erosion, increase the efficiency of irrigation by improving the water retention capacity, etc. The inclusion of green manures in the rotation is also a complementary strategy, both in terms of fertilization and pest and disease control.

Therefore, rotation design requires the following guidelines, among others:
– Determine the physical, chemical and biological characteristics of the soil.
– Keep the soil covered.
– Establish primary crops first, followed by secondary crops (short-cycle, undemanding, etc.).
– Grow species from different families, with different root depths and shapes – and combine them with plants with complementary needs.
– Alternate weeded crops with soil-improving crops.
– Once an appropriate rotation has been established, variations should be minimized.