Organic agriculture is governed by a set of basic principles that can be described as follows:

The soil is a living and dynamic environment

The major difference between organic and conventional agriculture is the way the soil is treated. For organic agriculture, the soil is a biologically active system and its most important component. In conventional agriculture, the soil is only a mechanical support for the plant.
The soil has a vast and diverse flora and fauna, which are integrated into its mineral fraction and depend on the transformation of organic matter and nutrient cycling.
Some authors point out that the soil can have up to 600 million living beings per cubic centimeter. Earthworms, true soil scavengers, can be found, under good soil conditions, at levels of 1.5 to 2 million per hectare. They tunnel in all directions, allowing water and air to penetrate the soil, gobbling up and transforming all the organic matter they find in their path, turning it into a very fine humus of excellent quality.
Worm droppings contain three to eleven times more assimilable phosphorus, as well as exchangeable magnesium and potassium than the soil. It increases the availability of nitrate by about five times and calcium by 30%, and reduces soil acidity. Worm 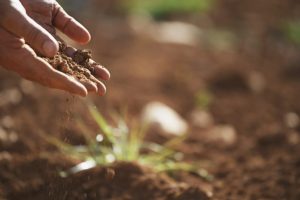 s also support the development of bacteria and other organisms, including atmospheric nitrogen fixers and those that accelerate the fermentation of plant and animal remains by up to 60%, thus contributing to nutrient recycling and plant nutrition.
For organic agriculture, humus is a source of life. It is produced by the transformation of plant debris by soil organisms, releasing nutrients that, together with the production of microorganisms that grow at its expense, can provide plants with organic substances such as amino acids, vitamins, nucleic acids, sugars, antibiotics and growth hormones, which are absorbed by the roots.
It is also known that in the presence of humus, the roots increase the absorption of nutrients from the soil. Humus also allows the development of beneficial fungi that associate with plant roots to form mycorrhizae. Mycorrhizae solubilize phosphorus and other nutrients that would otherwise be unavailable to plants and greatly increase the surface area of root exploration in the soil.
Research also shows that soil organic matter helps control nematodes, bacteria and fungi that cause root diseases. Furthermore, humus is the only agent capable of increasing soil fertility, while improving its physical, chemical and biological properties.

It is well established that the greatest enemies of humus, soil life and soil conservation are excessive tillage, fertilization with soluble nitrogen fertilizers and monoculture.
Excessive tillage intensifies the oxidation of soil organic matter, buries the most active parts of the soil and promotes erosion. Fertilization with soluble sources of nitrogen solubilizes humus and produces substances that are toxic to soil microorganisms, as demonstrated by the American entomologist Fred Word (1900). Monoculture tends to deplete some soil minerals and does not provide the soil with diverse organic matter.
Organic farmers aim not only to disturb the soil as little as possible, but also to feed it properly. This is achieved through the use of different sources of organic matter (compost, green manures, etc.) and other techniques such as the use of non-soluble fertilizers and amendments, correction with microelements, inoculation with micro-organisms, the use of biodynamic preparations, which are introduced into the soil with organic fertilizers in the form of compost, among the main practices.
Organic farmers know that a biologically balanced soil produces healthy and productive plants and that food production has a higher biological value. 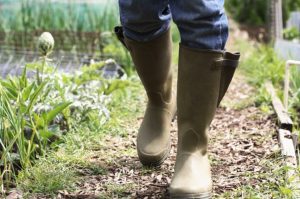 The simplification of flora and fauna promoted by “modern” agricultural production systems has created a growing biological and ecological imbalance. Ecological systems oppose monoculture and promote diversification and integration of plant and animal activities, including forestry.
Farm diversification contributes to the maintenance and restoration of soil organic matter and productivity, reduces the incidence of pests and diseases, and reduces the presence of invasive plants, thereby ensuring greater biological stability of agricultural systems. On the other hand, diversification reduces the economic risks of producers and helps them balance costs and distribute available labor effort more evenly throughout the year.

In organic agriculture, the basis of plant protection is that the plants are properly nourished, allowing them to develop a balanced and healthy metabolism. In addition to this, it is essential to maintain a biologically active and balanced soil, as well as cultivation systems and natural vegetation management that allow the existence of a varied fauna with an abundance of organisms called biological controllers.
In this sense, and in addition to the previous principles, organic agriculture uses a series of practices, such as biological control, the use of natural substances from plants or minerals, the use of resistant varieties, and different cultivation practices, to achieve an ecological control of pests, diseases and adventitious parasites.
Diversification of production, including silviculture, crop association and rotation.

The main techniques used in organic farming are: allelopathic plant characteristics to control weeds or promote the development of others, the use of insect repellent or attractive plants or nematicidal plants, the use of biological controls and physical control methods.
For the organic farmer, the categories of weeds and pests are reduced, as it is realized that the presence of weeds and pests is only a sign of disruption of the biological balance and poor management of the systems by the farmer.

Organic farming is guided by the phenomena that govern nature in its various ecosystems. Organic farmers try to preserve the elements of the natural environment and to restore the biological balance in their fields.
In this sense, ecological farms must be properly planted with trees and maintain natural vegetation at the edge of the fields, mainly with species that thrive for as long as possible, as they provide shelter, breeding grounds and food for beneficial fauna, which will keep organisms that may become harmful under control.